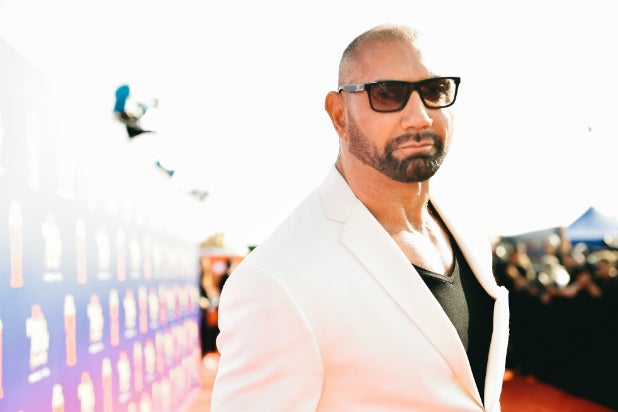 Dave Bautista has joined Apple TV+ series “See” for its second season, a person with knowledge of the casting told TheWrap.

Set far in a dystopian future, “See” sees the human race having lost the sense of sight, and society has had to find new ways to interact, build, hunt, and to survive, according to its logline. All of that is challenged when a set of twins is born with sight.

The drama was renewed by Apple in November. “Dickinson” was renewed for a sophomore season at the same time. Both series — and Apple TV+ itself — had debuted just days earlier.

We do not yet have a Season 2 premiere date. Apple is presenting its slate on Sunday at the Television Critics Association press tour.

Bautista, who plays Drax in the “Guardians of the Galaxy” movies, is a multi-time former WWE Champion. He went by “Batista” there.

Bautista has also been a bodybuilder and even won his only professional mixed-martial-arts fight.