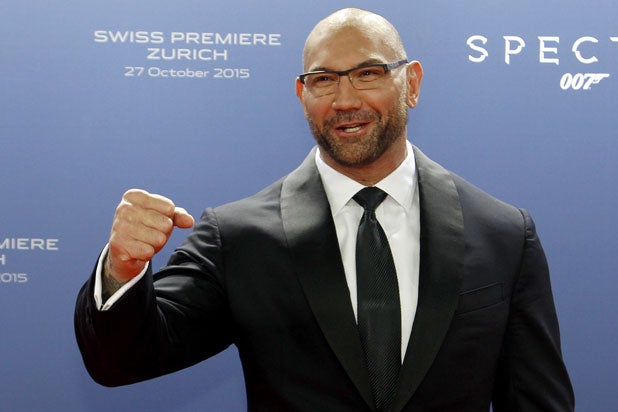 Dave Bautista has joined the cast of “Dune,” Legendary’s planned reboot of the 1984 sci-fi epic, an individual with knowledge of the project told TheWrap.

Bautista is reuniting with “Blade Runner 2049” director Denis Villeneuve on the project. Bautista’s character details are currently being kept under wraps, but he joins the film opposite Timothée Chalamet and Rebecca Ferguson.

Eric Roth, Jon Spaihts and Villeneuve wrote the screenplay based on Frank Herbert’s novel. Legendary is planning for “Dune” to be a multi-film series.

Bautista will next be seen in “Avengers: Endgame,” as well as the action comedies “My Spy” and “Stuber.” TheWrap also reported that the actor was in talks to star in the “Fantasy Island” film.