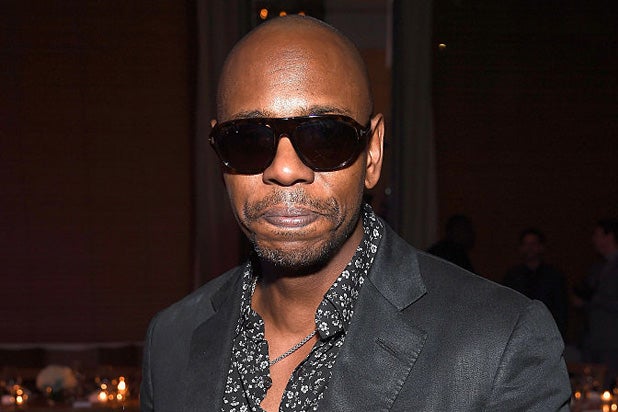 Dave Chappelle is joining Lady Gaga and Bradley Cooper in the “A Star Is Born” remake, an individual with knowledge of the project told TheWrap.

Cooper is also making his directorial debut with the film.

Cooper plays Jackson Maine, a country music star who is on the brink of decline when he discovers an unknown talent named Ally, played by Lady Gaga. The two begin a passionate love affair as Ally catapults to stardom.

“A Star Is Born” is being produced by Bill Gerber, Jon Peters, Todd Phillips, Lynette Howell Taylor and Cooper, while Basil Iwanyk and Ravi Mehta are serving as executive producers. Cooper, Will Fetters and Eric Roth wrote the screenplay, based on the 1937 classic story by William A. Wellman and Robert Carson.

The film has been remade twice before, in 1954 with Judy Garland and James Mason, and again in 1976 with Barbra Streisand and Kris Kristofferson.

Chappelle’s most recently starred in Spike Lee’s “Chi-Raq.” He also hosted “Saturday Night Live” in November and has three stand-up comedy specials coming up on Netflix. He is represented by Gersh.

Jennifer Aniston and Bradley Cooper reunited backstage at Spike's "Guy's Choice Awards" at the Sony Lot on Saturday night. Let this be the first placement of photos that are sure to splash across the weeklies. (Photos by Jason Merritt/Getty Images.)
View In Gallery