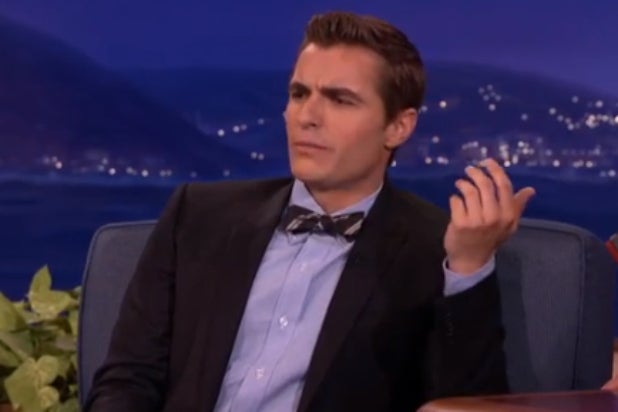 MTV’s Josh Horowitz sat down with “Now You See Me 2” star Dave Franco at CinemaCon and asked the young actor about the audition process for the new “Han Solo” movie that Phil Lord and Chris Miller are directing for Disney and Lucasfilm.

Last week, reports emerged that Alden Ehrenreich (“Hail, Caesar!”) was the frontrunner for the coveted role, so perhaps that’s why Franco decided to let his guard down and discuss it.

“It’s like most other auditions,” Franco said with a laugh. “I went in one time for [casting director] Jeanne McCarthy, who I’ve auditioned for a million times before, and we just had a really fun time together in the room.”

Franco explained that “because of the nature of what it is, it just explodes everywhere. Everyone’s coming up [to me] and being like, ‘Dude, what’s going on?’ and I’m like, ‘I don’t know! You know as much as me.'”

The “Now You See Me 2” star said he didn’t want to underplay the experience. “I’m very flattered to have been, or to be, wherever they are in the conversation, but like, it is what it is,” he said

Asked what Lord and Miller are looking for, and whether they just want someone who can ape Harrison Ford, Franco shed some light on the casting search.

“It’s a tough one,” Horowitz said.

Stay tuned to TheWrap to learn who will be the next Han Solo.