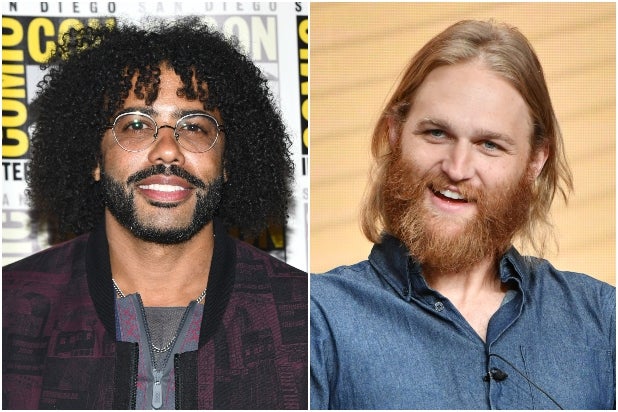 The eight-part limited event series comes from Blumhouse Television and is based on the novel of the same name by James McBride. It is set to premiere in February.

According to Showtime, “The Good Lord Bird” is told from the point of view of Onion (Joshua Johnson-Lionel), a fictional enslaved boy, who is part of Brown’s motley crew of abolitionist soldiers during the time of Bleeding Kansas, eventually participating in the famous 1859 raid on the Army depot at Harpers Ferry. Brown’s raid failed to initiate the slave revolt he intended, but was the instigating event that started the Civil War.

Also Read: 'The Man Who Fell to Earth' TV Adaptation Set at CBS All Access From Alex Kurtzman

Diggs’ Douglass is described as working with Brown and encouraging the raid on Harpers Ferry — but finds Brown’s planning and leadership style questionable and his approach dangerous, bordering on suicidal.

Russell’s Jeb Stuart is described as a no-nonsense federal army officer with orders to apprehend John Brown in Kansas. He is promoted in rank several times during his failed attempts to negotiate Brown’s surrender. Despite having some sympathy for Brown’s cause of freedom, he disagrees with his tactics of murder and coercion and is later tasked with leading the federal response to Brown’s takeover of Harpers Ferry.

Also Read: Amber Heard and James Marsden to Star in Stephen King Adaptation 'The Stand' on CBS All Access

Known for “Hamilton,” Diggs also co-wrote, produced and starred in the 2018 film “Blindspotting,” and has been seen on television on “The Unbreakable Kimmy Schmidt,” “The Get Down,” “Black-ish” and will star on TBS’ upcoming series “Snowpiercer.”

Russell is known for “Lodge 49” and will star in the upcoming film “The Woman in the Window” opposite Amy Adams. He was previously seen in “Black Mirror.”

The “Where’d You Go, Bernadette” star has brought her sense of humor to large and small screens since 2005, from seven seasons on “Saturday Night Live” to movies like “Bridesmaids” and “Adventureland.”