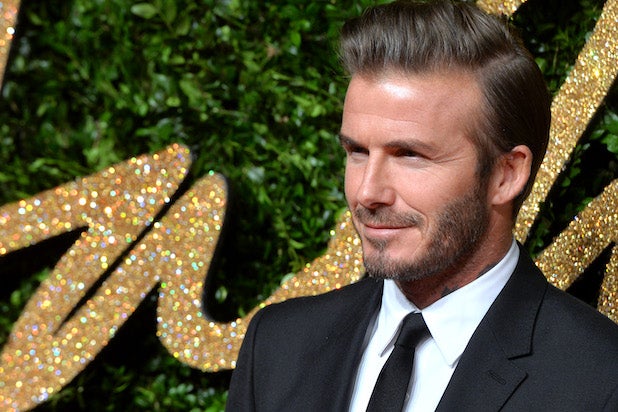 David Beckham is launching his own media company, kicking off his newly-formed content studio to develop documentaries, TV shows and other media called Studio 99, a representative for Beckham told TheWrap.

On Wednesday, Beckham signed with WME, and the studio is also partnering with LeBron James and his media company Uninterrupted, which the NBA star founded with his business partner Maverick Carter. As part of Studio 99’s initial slate, the two companies are co-producing a documentary about Inter Miami CF, a Major League Soccer expansion team that Beckham is a co-owner of and that will begin its season in spring 2020.

Studio 99 also has an initial slate of other documentaries in development on sports, fashion and travel, some of which will feature Beckham. The company will also produce branded content for Beckham’s Haig Club whiskey, for the digital football platform Otro, and will manage the content creation for Beckham’s social media channels.

Studio 99 is named for Beckham’s 1999 championship season with Manchester United, as well as the year in which he married his wife, Victoria Beckham, and had their first child.

The company is currently based in London alongside David Beckham Ventures.

News of the launch of Beckham’s Studio 99 was first reported by Variety.