David Bergstein, the film financier who is the target of a lawsuit by a group of 13 creditors, has sued the lawyer he blames for stirring up his current legal troubles. 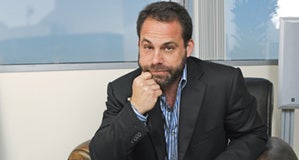 After more than a decade of working with the plaintiffs, the suit contends, Tregub "became unhappy."  And by early 2010, she "claimed that she had not been paid money that she claimed was owed to her."

That situation allegedly led Tregub to threaten to bring Bergstein down, the suit says.

The suit claims Tregub "embarked on a systematic and premeditated effort to harm Plaintiffs," including allowing a lawsuit filed against Bergstein to go to default.

More importantly, Bergstein’s suit claims Tregub incited his creditors to file involuntary bankruptcy proceedings against him and other entities that are party to the suit. She allegedly used information she gained in her capacity as Bergstein’s attorney in that effort, the suit says.

Bergstein’s creditors filed bankruptcy papers on March 17, halting the proposed sale of rights to more than 800 movies that are part of the Capitol, ThinkFilm, Franchise and other film libraries controlled by Bergstein and his companies. Federal bankruptcy court in Los Angeles has set March 30 for a hearing on whether to appoint a trustee to take over for Bergstein and current management as requested.