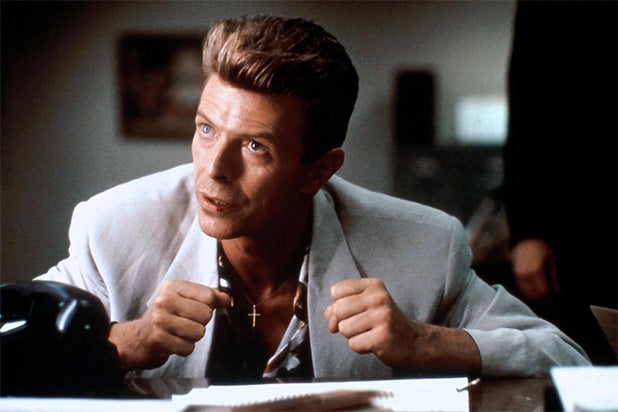 “Bowie did give us permission to use his clips in this season,” Sutherland responded when asked if Bowie knew how his character would be handled, although she didn’t reveal any more information.

Throughout “The Return,” Bowie’s character, Agent Phillip Jeffries, appears in flashbacks and in clips from “Fire Walk With Me,” when the character was introduced. Jeffries does appear in the present-day, but he looks a little different than usual. He’s basically a giant teapot who helps Agent Cooper travel through time.

Luckily for longtime viewers who have always been intrigued by Agent Jeffries’ journey, we did at least get some closure.

Other questions posed to Sutherland had to do with a hypothetical fourth season, which she can’t speak to.

She also wrote about how she felt about the finale, which some felt didn’t deliver on providing the proper answers.