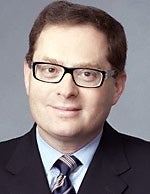 Carey will succeed Cathie Black, who will become chairman. The moves are effective immediately.

According to Condé Nast, Carey will not be replaced.

Here are the pertinent statements:

Bennack Jr.: “We are excited by the formation of this team at the top of our magazine company. Cathie Black has brought strong leadership to Hearst Magazines for the past 15 years and having David Carey join her gives us the strongest possible management combination to lead our array of premium titles and our distribution and marketing services businesses at a time of great change and opportunity.  We’re pleased to welcome David, who is a Hearst alumnus, back to the company.”

Black: “Being named chairman is very exciting for me. Frank and I have been talking about this move during the past year and it seems like exactly the right time.  I look forward to providing leadership and strategic advice to both David and the senior leaders as we work together to strengthen and expand our magazine brands, both in the U.S. and abroad.”

Carey: “I’m thrilled to join Hearst at such a dynamic time. Frank Bennack and Cathie Black are defining the magazine company of the future, and I look forward to working closely with them, and so many talented executives, in that mission.”

Hearst also announced on Monday that Michael Clinton has been promoted to president, marketing and publishing director of the magazine division.  Duncan Edwards remains president and CEO of Hearst Magazines International, and John Loughlin will continue as executive vice president and general manager of the group.

Meanwhile, it's the second high-profile departure from Condé Nast in as many weeks. Last week, Tom Florio, publisher of Vogue since the mid-1980s and longtime Condé Nast executive, announced he is leaving the company at the end of June.