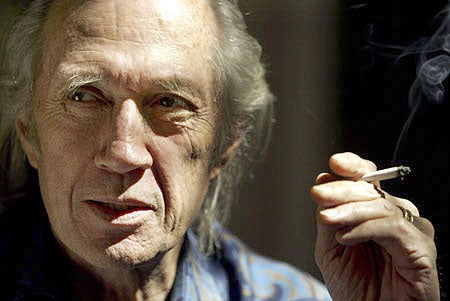 The wife of David Carradine has filed a wrongful death lawsuit against French production company MK2, alleging that it failed to properly look after him during filming of the movie "Stretch" in Bangkok.

Filed Thursday in Los Angeles Superior Court, the suit says Carradine was assigned an assistant by MK2, who called him the night of his death to arrange a dinner with the film’s director. When the assistant couldn’t reach him, the crew left without him.

Carradine reached the assistant an hour later and was told that they were already across town — and that he was on his own.

In the early hours of June 4, Carradine was found dead in his room.

The lawsuit alleges breach of contract and negligence, and seeks unspecified damages.