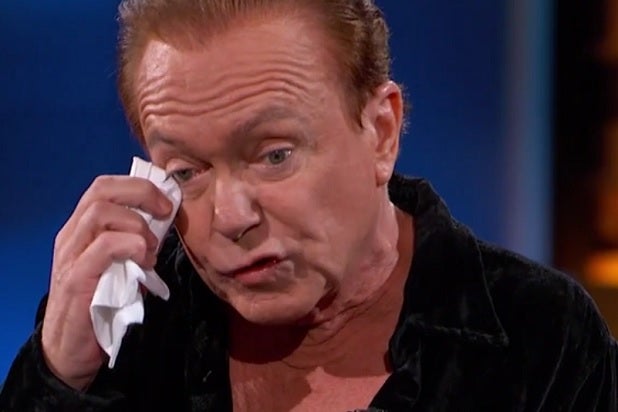 Former “Partridge Family” star David Cassidy, who revealed last week that he’s battling dementia, is preparing his family for what’s to come, and has given heart-wrenching instructions to his son about what to do when Cassidy’s condition deteriorates.

In a “Dr. Phil” interview due to air on Wednesday, Cassidy, whose mother also suffered from the degenerative brain disease, revealed to host Phil McGraw that he told his son,”I want you to promise me you’ll find a way to let me go and don’t let me live like that,” so that the singer doesn’t succumb to the disease like his mother did.

Cassidy, 66, revealed his struggle with dementia in a People interview, saying, “I was in denial, but a part of me always knew this was coming.”

Cassidy, who earlier this month struggled to remember lyrics to songs he has been performing for decades and staggered off the stage during a concert in Agoura Hills, California, also said last week that he was retiring from music to focus on his health.

In the “Dr. Phil” interview, Cassidy said that he began to notice his symptoms two-and-a-half years ago.

“When friends or family members ask you, ‘Remember, I just told you this two days ago?’ and there’s no memory of it … that’s when I began to be very concerned,” Cassidy told McGraw.

Watch a preview of Cassidy’s interview in the video.

7 '80s TV Themes That Obsessed Me as a Child

My childhood in seven TV themes, from “The Dukes of Hazzard” to “Diff’rent Strokes”

I remember the '80s as a mean decade. In 1981, when I was six, my parents separated. I started eating a lot, and kids teased me for being fat. I watched a lot of TV. Saturday mornings meant Pop-Tarts and "Felix the Cat." Eventually I would get into harder songs.
View In Gallery