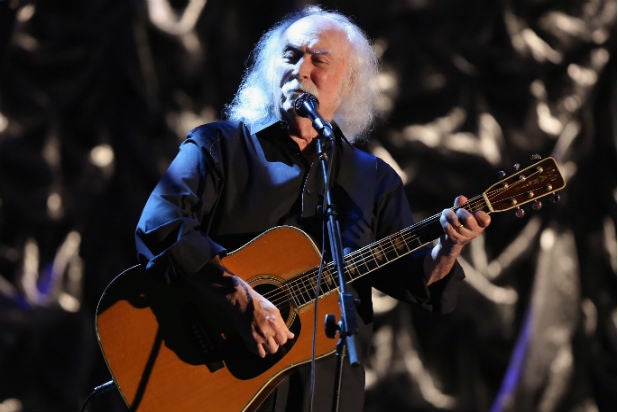 David Crosby is the latest rock star to sell his music catalog and publishing rights. Irving Azoff’s Iconic Artists Group has finalized a deal to acquire Crosby’s catalog, which includes his publishing and recorded music rights, comprising his solo work and songs with The Byrds, Crosby & Nash, Crosby, Stills & Nash and Crosby, Stills, Nash & Young. Terms of the deal were not disclosed.

Back in December, Crosby mentioned through Twitter that he was in the process of selling his library as a wave of high-profile artists, including Neil Young, had sold stakes in their catalogs. As for why he chose to sell, Crosby cited the lack of touring from the pandemic and the impact of streaming on the music industry.

“Given our current inability to work live, this deal is a blessing for me and my family and I do believe these are the best people to do it with,” Crosby said in a statement.

“I’ve known David as a friend and have admired him as a great artist since our earliest days at Geffen Roberts Management shortly after I moved to Los Angeles,” Azoff, chairman and CEO of The Azoff Company, said. “This is an incredible time to be involved with David and his tremendous catalogue of music. He’s truly one of music’s most prolific songwriters and artists and I’m honored he has made Iconic the steward of his timeless musical legacy.”

The acquisition comes after Iconic Artists recently acquired a controlling stake in the catalog of the Beach Boys, including sound recordings, the Beach Boys brand, select musical compositions and memorabilia. As part of that deal, the Beach Boys and their heirs retain an interest in their assets, allowing them to reap the benefits as Iconic actively markets and promotes the group’s music.

Crosby’s sale coincides with the 50th anniversary of his debut solo album, “If I Could Only Remember My Name,” which was released in February 1971, as well as the 51st anniversary of “Deja Vu,” the second studio album by Crosby, Stills & Nash, and their first as a quartet with Neil Young. That album was released in March 1970.

Crosby has been inducted into the Rock & Roll Hall of Fame twice — once for his work with The Byrds and again with Crosby, Stills & Nash. He has collaborated with dozens of artists, including Joni Mitchell, James Taylor, Pink Floyd’s David Gilmour, Phil Collins, Elton John and Carole King.