Three months after announcing a hiatus from producing new videos because two members of his “Vlog Squad” were accused of sexual assault, David Dobrik returned with a new video Tuesday that makes almost no mention of the scandal.

The video, called “SURPRISING MY FRIENDS,” consists mainly of quick cuts of various hang sessions and driving videos with various members of his Vlog Squad and other affiliated online personalities. The closest the video comes to mentioning the scandals is when Vlog Squad member Jason Nash’s mother says, “I’ve been worried about you. I’m on Xanax because of you.”

The Vlog Squad consists of Dobrik, his childhood friend Dominykas Zeglaitis, and YouTubers Nash, Jeff Wittek, Todd Smith, Nick Antonyan and Brandon Calvillo. In March, an anonymous accuser told Business Insider that Zeglaitis, 23, (who goes by Durte Dom) sexually assaulted her after getting her drunk when she was 20. This occurred, she said, during a video shoot at the group’s home. 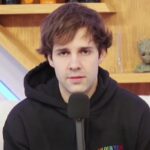 That wasn’t even the first sexual assault allegation against the Vlog Squad. In February, a former Vlog Squad member, Joseth “Seth” Francois, said he was tricked into kissing Nash in a video, under the pretense that he was being blindfolded to kiss a female member of the group. “In my case it’s blatant. the point of the video [was] to sexually assault me,” Francois told Buzzfeed News.

Soon after the accusation against Zeglatis, Dobrik apologized in a video published March 17. “I’m sorry if I’ve let you down,” he said. “Consent is something that’s super, super important to me. Whether I’m shooting with a friend or shooting with a stranger, I always make sure that, whatever the video I’m putting out, I have the approval of that person.”

At the time, Dobrik also said he didn’t “align with some of the actions and I don’t stand for any kind of misconduct, and I’ve been really disappointed in some of my friends, and for that reason I’ve separated from a lot of them.” However, as seen in the new video, he still associates with Nash. 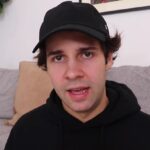 Soon after his ads were suspended on Google-owned platforms and on March 23 he announced he was taking a break. “It doesn’t feel right to go back to posting like I have been and it also doesn’t feel right to go dark because I love what I do but I think it is important to show that change is possible and that I’m learning maybe even forgiveness is possible. I want to use this opportunity to step up and own my mistakes,” he said at the time.

We can confirm that the new video doesn’t have ads attached to it. Watch the video here if you feel so inclined.