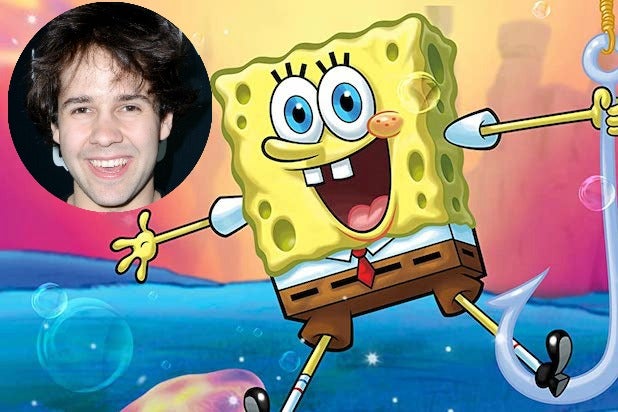 He’ll later join them for a brand-new rendition of the “F.U.N. Song.”

“I signed onto this project for the obvious reason that ‘SpongeBob’ is one of the best shows of all time,” Dobrik told TheWrap. “I feel that I owe a lot to ‘SpongeBob’ and all Bikini Bottom for helping me figure out what I thought was funny and entertaining. The show shaped so much of my childhood, so being a part of this special with the entire cast feels like a full-circle moment.”

“The Stars of SpongeBob Fan Favorites Special” will feature animation from the original episodes alongside the voice cast’s re-creation of beloved scenes. Fans voted on the moments, like “Band Rehearsal,” “Alaskan Bull Worm” and “I’m Dirty Dan.”

“SpongeBob Squarepants,” which was created by Stephen Hillenburg and launched in Summer 1999, has been the No. 1 kids’ animated series on television for the past 17 years. The cartoon is produced by Nickelodeon in Burbank, Calif. Marc Ceccarelli and Vincent Waller are co-executive producers.

“The Stars of SpongeBob Fan Favorites Special” premieres on Friday, June 5, at 7 p.m. ET/PT on Nickelodeon.