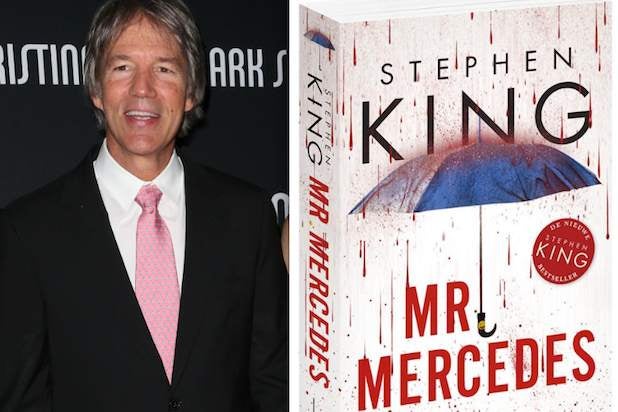 Stephen King‘s detective novel “Mr. Mercedes” could be the next great limited television series, as long as David E. Kelley doesn’t “mess it up.”

The creator of TV hits including “The Practice,” “Boston Legal,” and “Ally McBeal” has signed on to write the script for the project Sonar Entertainment is developing for Jack Bender (“Under the Dome”) to direct.”

Both Kelley and Bender will executive produce the adaptation of what King describes as his “first hard-boiled detective tale.” Marty Bowen and Wyck Godfrey of Temple Hill Entertainment will also executive produce, along with Gene Stein.

Published by Scribner last June, the story focuses on a psychopathic killer who commits mass murder by driving his Mercedes into a crowd and the recently retired cop who makes it his mission to bring him down. The New York Times bestseller is the first of a trilogy. The second novel, “Finders Keepers,” will be published in May.

“This is an amazing opportunity to adapt a script from material penned by one of the world’s most acclaimed and accomplished authors,” said Kelley in a statement. “‘Mr. Mercedes’ is a great story that will translate beautifully to the screen if I don’t mess it up.”

“I’ve admired Jack Bender’s work for years, both as a director on ‘Lost’ and later, ‘Under the Dome,’ where he really caught the suspense element,” King said. “David Kelley is incredibly gifted. I’m excited to work with these amazing talents.”