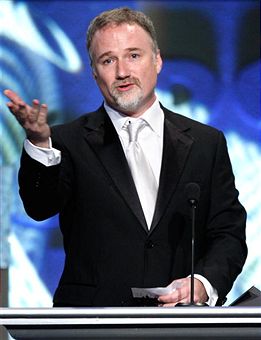 Last week, reports ran rampant across the blogosphere that Fincher would next direct Columbia’s American adaptation of "The Girl With the Dragon Tattoo" once he wraps up the studio’s Facebook film "The Social Network," but it seems that his next move will be "Pawn Sacrifice," as Fincher has yet to ink a deal for "Tattoo."

Taking Columbia’s sudden interest in Fincher into consideration, Variety speculates that the director has found a new studio to call home, since his last two films ("Zodiac" and "The Curious Case of Benjamin Button") were Paramount productions that underperformed at the box office. Columbia has never worked with a director who has final cut clout like Fincher, so it must be a sign that they trust each other.

Meanwhile, Fincher is also attached to the "Heavy Metal" remake, the crime-thriller "Torso" and possibly an adaptation of Charles Burns’ graphic novel "Black Hole," so who knows what he’ll wind up doing next.

While producer Gail Katz has been developing "Pawn Sacrifice" for years at Columbia, it was Steven Knight’s script that finally got the ball rolling at the studio. The story will chronicle Fisher’s life leading up to his historic match against Russia’s Boris Spassky for the 1972 world championship.