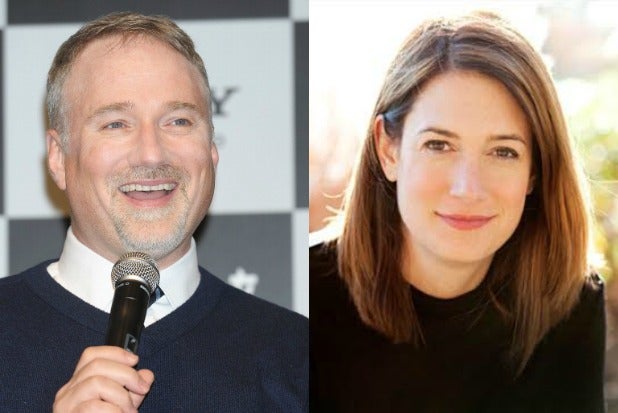 David Fincher is remaking the British series “Utopia” for HBO with Gillian Flynn, with whom he is collaborating on the film adaptation of her novel “Gone Girl.”

HBO also announced an overall deal with Flynn (pictured, right), who will write the show.

The “Social Network” filmmaker (left) will oversee, executive produce, and direct “Utopia,” which follows die-hard fans of an iconic, underground graphic novel. They are suddenly drawn into a pop-culture thriller when they learn that the author has secretly written a sequel.

But the new manuscript is much more than just a book, and soon the fans find themselves in the midst of a shocking conspiracy.

HBO and Shine America are co-producing the series, which Joshua Donen, Dennis Kelly and Jane Featherstone are also executive producing. Flynn will write it.

Kelly wrote the original series, which is produced by Kudos.