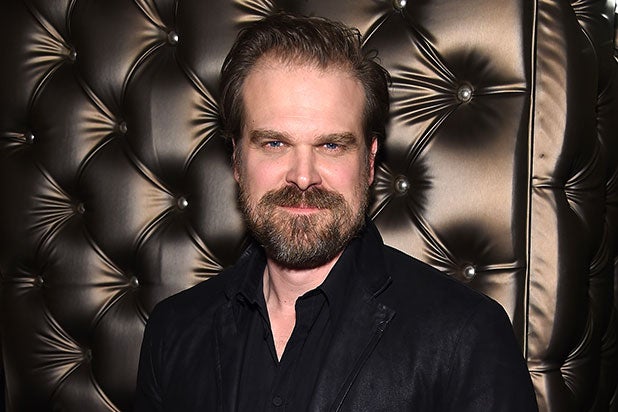 “Stranger Things” star David Harbour has joined the cast of the Chris Hemsworth action vehicle “Dhaka,” a film for Netflix, an individual with knowledge of the project told TheWrap.

“Infinity War” directors Anthony Russo and Joe Russo are producing the movie with Mike Larocca under their AGBO Films banner. Hemsworth and Eric Gitter are producing as well. Patrick Newall and Ari Costa are executive producing. Ben Grayson is the co-producer.

Stunt coordinator turned director Sam Hargrave is making his directorial debut on the film, which is currently shooting. Hargrave previously was a stunt double for “Captain America” actor Chris Evans.

The screenplay, written by Joe Russo, centers on the underworld of weapons dealers and traffickers, where a young boy becomes the pawn in a war between notorious drug lords. Trapped by kidnappers inside one of the world’s most impenetrable cities, his rescue beckons the unparalleled skill of a mercenary named Tyler Rake. But Rake is a broken man with nothing to lose, harboring a death wish that makes an already deadly mission near impossible.

Next up, Harbour will be seen in “Hellboy,” the relaunch of the franchise based on the Mike Mignola comic that will be released on April 12, 2019.