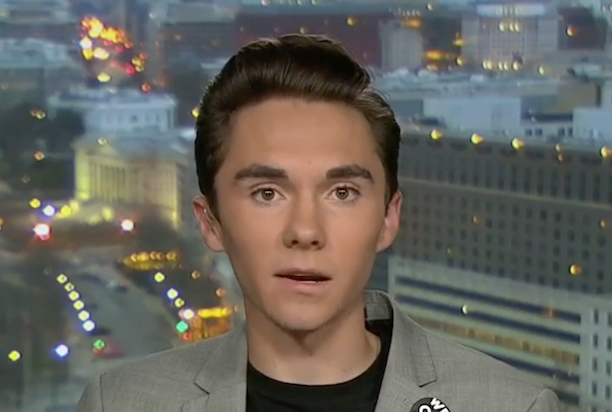 “@blackrock and @Vanguard_Group are two of the biggest investors in gun manufacturers; if you use them, feel free to let them know. Thanks,” Hogg tweeted, tagging both companies to prompt a Twitter storm of reactions.

.@blackrock and @Vanguard_Group are two of the biggest investors in gun manufacturers; if you use them, feel free to let them know. Thanks ????

Representatives for both Vanguard and Blackrock did not immediately respond to TheWrap’s request for comment.

Hogg raised no shortage of eyebrows on Monday after teasing a new boycott. The story whipped around the web as jittery gun rights advocates held their breath.

The teenage gun control advocate has become a force to be reckoned since launching a ferocious advertiser boycott against Fox News host Laura Ingraham, after the conservative firebrand made fun of him on Twitter. So far, Hogg’s campaign against Ingraham has cost her more than two dozen advertisers.

Despite his earlier success, Hogg faces a much steeper climb in his quest to damage the financial titans. While Ingraham and Fox News were already lighting rods of consumer-facing controversy, Blackrock and Vanguard are far less well-known. Hogg’s boycott call has so far failed to take off in the same way as his call against Ingraham and has even come within a few hundred comments of being ratioed.