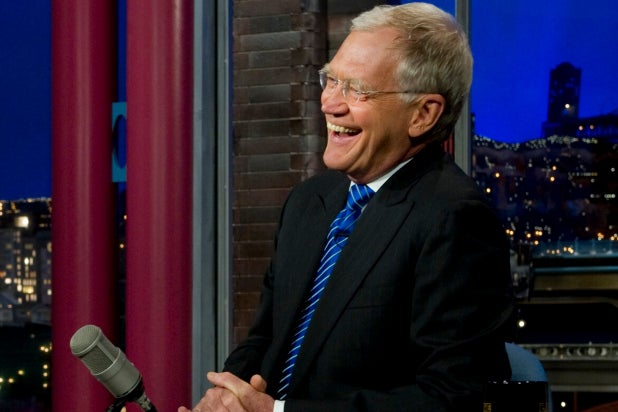 While the veteran late night host does not have a specific date in mind, he cited 2015 as the likely exit year.

Letterman has been host of the show since 1993, when he moved to CBS after his former network, NBC, opted to hire Jay Leno to take over the “Tonight Show” when longtime host Johnny Carson retired.

Shortly after the announcement, reactions from Letterman’s late night peers began rolling in. Here are what some of those surely influenced by Dave have to say. This post will be updated as more comments come in.

David @Letterman is the best there is and ever was.

Letterman broke the mold for not just Late Night, but TV itself. He’s a vanguard- his influence is seen all over the dial today. What a run!

There’s a tear under the CBS eye! David Letterman – Simply The Best!!!

“Dave’s the greatest,” Jimmy Fallon commented. “One of the true innovators in TV history. He’s made all of us better.”

Seth Meyers praise was saved for his “Late Night” show, which can be seen and read here.

Arsenio added in a statement: “David Letterman is a legend. I have had the unique pleasure of watching him as a fan and competing against him as a fellow host. He has set a standard for comedy in late night that I strive to achieve every single day. When I decided to come back to late night and compete against Dave, I received a phone call asking me to be a guest on Dave’s CBS show for the first time. Dave put me on his show 72 hours before I debuted. Dave showed that the only thing that matches his comic genius is his class.  Late night might fill his time slot but it can never fill the void he will leave behind. He is simply the best.”

Hall also touched on the news in his monologue: “Man they are dropping like flies,” he joked. “First Jay, now Dave — my plan is working perfectly.” He then laughed maniacally before reiterating that “Dave’s the best.”