The ten-episode, half-hour series will be hosted by Sarah Silverman. Production will begin in Los Angeles later this year.

Each episode will feature a parade of pets performing the most ridiculous, impressive and extraordinary tricks on a studio stage before a live audience, interweaving comedic bits along with games and surprise celebrity guest drop-ins. 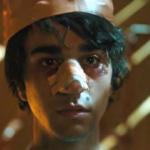 Also Read:
Alex Wolff Says Making ‘Hereditary’ ‘Did as Much Damage to Me as a Movie Can Do’

“Continuing our strategic commitment to a bold unscripted slate that Corie Henson and her team have implemented and building off the incredible successes of ‘Go-Big Show’ and ‘Wipeout’ we knew we had to elevate our roster by looking at the greats of television history and learning from their innovation,” Brett Weitz, general manager of TBS, TNT and truTV, said in a statement. “David Letterman is an entertainment legend who changed the face of broadcast history with three simple words ‘Stupid Pet Tricks’. Not just anyone could carry on that legacy, except the wickedly brilliant, Sarah Silverman. I have no doubt that her brand of comedy will bring heart and raw humor in a way that will capture the original heritage of ‘Stupid Pet Tricks’ and provide hilarious moments for a new generation yearning to seek truth and laugh till they cry.”

Silverman said: “The rule in show business is, ‘never work with animals or children’ but I choose to work with David Letterman anyway.”