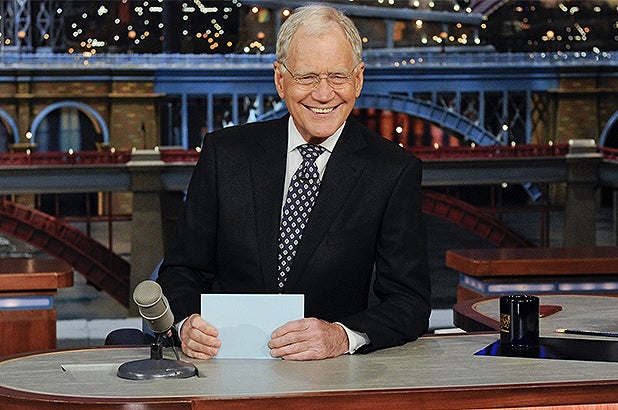 The finale averaged 13.76 million total viewers overall, its largest audience since the Feb. 25, 1994 episode when it benefited from CBS’s Winter Olympics coverage as a lead-in.

In the key 25-54 news demo, “Late Show With David Letterman” scored a 4.1 demo, while in the 18-49 demographic most important to advertisers, Letterman’s final episode posted a 3.1. Both of those numbers represent the best performance for “Late Show” since Dec. 1, 2005, when he welcomed Oprah Winfrey to the stage.

Letterman’s final “Late Show” also bested every primetime broadcast for the night in those demos.

The finale saw an all-star cast including Jerry Seinfeld, Alec Baldwin. Jim Carrey and Chris Rock collaborating to rattle off a final Top Ten list, which covered the topic of “Things I’ve Always Wanted to Say to Dave.”

At the end of the super-sized finale, which ran until 1 a.m., the Foo Fighters performed “Everlong” — a song that they also played on “The Late Show” when Letterman returned after undergoing heart surgery.

The big sendoff also provided a ratings boost to “The Late Late Show With James Corden,” which averaged 4.01 million total viewers — a record audience for the late-night offering, which follows Letterman.