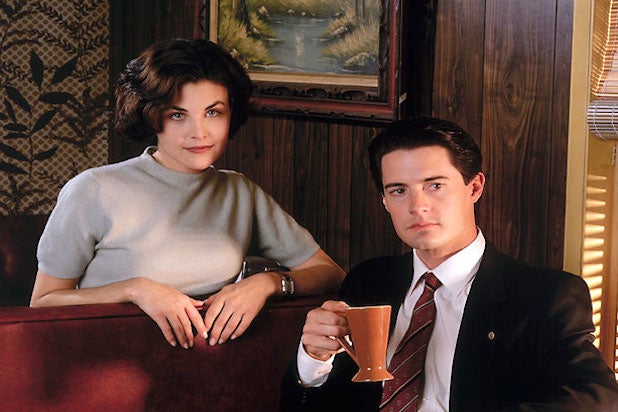 Showtime and David Lynch have worked out their differences and the director will return to the reins of the network’s “Twin Peaks” reboot.

Lynch took to Twitter to make the announcement, saying, “Dear Twitter Friends, the rumors are not what they seem ….. It is !!!
Happening again. #TwinPeaks returns on @SHO_Network”

In April, Lynch dropped out of the cult series reboot after he and the network were unable to reach terms on contract negotiations.

“After 1 year and 4 months of negotiations, I left because not enough money was offered to do the script the way I felt it needed to be done,” Lynch wrote on his personal Twitter account.

“This weekend I started to call actors to let them know I would not be directing. Twin Peaks may still be very much alive at Showtime,” he continued in string of Tweets. “I love the world of Twin Peaks and wish things could have worked out differently.”

Showtime immediately countered that they were still negotiating with the director to come on board the reboot series, and it appears everything finally came together for both sides.

The network also ordered more episodes than the nine originally announced, and confirmed Lynch will direct the entire run.

“This damn fine cup of coffee from Mark and David tastes more delicious than ever,” Showtime president David Nevins said in a statement. “Totally worth the extra brewing time and the cup is even bigger than we expected. David will direct the whole thing which will total more than the originally announced nine hours. Pre production starts now!!”

Dear Twitter Friends, the rumors are not what they seem ….. It is !!! Happening again. #TwinPeaks returns on @SHO_Network