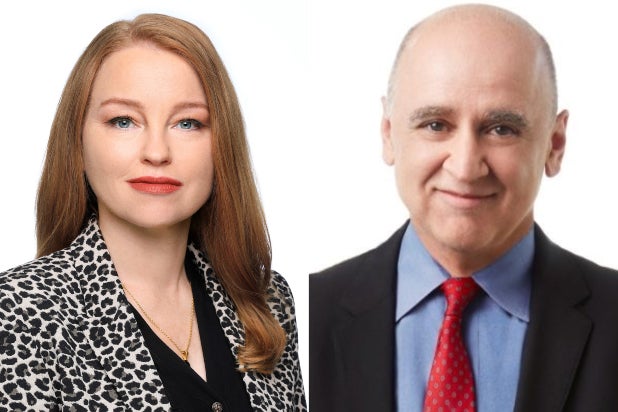 David Madden has joined Berlanti Productions, the production company led by uber-producer Greg Berlanti, as president. Sarah Schechter, Berlanti’s longtime producing partner who has served in that role, was promoted to chairwoman and partner.

Madden joins Berlanti Productions six months after stepping down as president of programming for the Entertainment Networks Group and AMC Studios. He will report to Berlanti and Schechter.

“I’ve admired Dave since we first worked together for his creative insight and his warm and beloved leadership style,” said Berlanti. “Sarah and I couldn’t be happier that he has chosen to join us as we continue to build the TV side of our company.”

Madden will focus exlusively on television, while Schechter will branch out into features. Berlanti has a four-movie deal with HBO Max, as well as a TV deal for a new “Green Lantern”-inspired series.

“Sarah is simply the best at what she does. I am inspired by her leadership, passion, smarts and vision every day,” Berlanti continued. I’m grateful for everything she has done for this company, and I’m beyond thrilled all of our shows, and everyone who works so hard on them, will continue to benefit from her immense talent for years to come.” Schechter has been with the company since 2014.

As of February 2020, the company produces 20 TV series across seven outlets, including 19 live-action scripted series and one unscripted docuseries. On the film side, Schechter produced Joe Wright’s “Pan,” as well as the upcoming Shawn Levy-directed “Free Guy,” starring Ryan Reynolds.

Berlanti re-upped his deal with Warner Bros. TV in 2018, which carries through 2024.