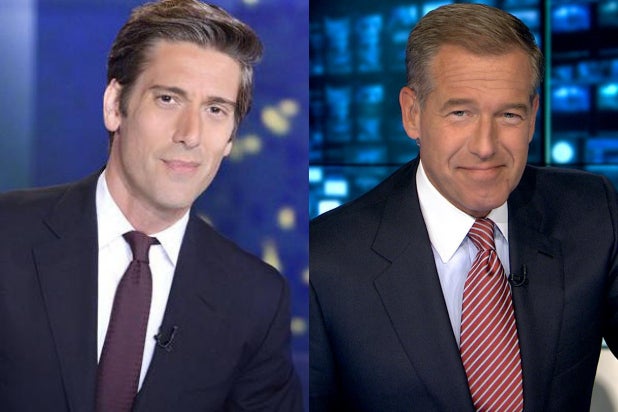 The renewed evenings news war saw a significant victory this past week as NBC’s “Nightly News” drew a convincing win over ABC’s David Muir while Muir’s “World News Tonight” narrowly won in the coveted A25-54 demo.

While finishing far behind in total viewers, Muir’s broadcast narrowly edged out Williams in the demo: 2,114,000 to 2,108,000 viewers. The ABC broadcast has won the first four weeks of the TV season in the demo, its strongest start in seven years–since the 07-08 season.

A recent Nielsen screw-up temporarily gave Muir–and ABC–its first total viewers victory in five years. Once the numbers were corrected, ABC’s victory was revised and Williams’ broadcast came out as the winner for the week of September 29.