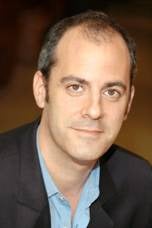 Showtime has made it official: Imagine TV President David Nevins this summer will replace Robert Greenblatt as the network's president of entertainment. TheWrap first reported the move on Thursday.

As entertainment president, he will be responsible for developing, acquiring and supervising all aspects of programming for all of the Showtime Networks channels. He will be based in Los Angeles and begin his new position later this summer.

At Imagine for eight years, he was responsible for producing the critically acclaimed "Friday Night Lights" and "Arrested Development." Prior to that, he was executive vice president of programming at Fox.

Greenblatt has been a major force at Showtime since joining the network in 2003. During his tenure, he turned Showtime from an also-ran into a major subscription cable competitor.

He was credited with leading the way on several hit original series including "Weeds," "Dexter," "Californication," "The Tudors," "Nurse Jackie," and the "United States of Tara." The series helped Showtime close the gap with rival HBO and increase their subscriber base 45 percent.

“I'm thrilled to welcome a creative executive of the caliber of David Nevins to our company,” said Matthew C. Blank, chairman and CEO of Showtime Networks, in a statement. “David's career has been punctuated by genre-defining programming at every turn and has the perfect creative sensibility for Showtime Networks' next exciting chapter."

"At the same time, I have to say that Bob Greenblatt is one of the finest executives in the business and has developed some of the most extraordinary original programming of the past decade," Blank added. "His legacy has us grateful and well-positioned for the company's future."

"I leave exceedingly proud that Showtime now stands as a vibrant, exciting, groundbreaking network and I predict it will remain so for many years to come," Greenblatt said in the same statement.