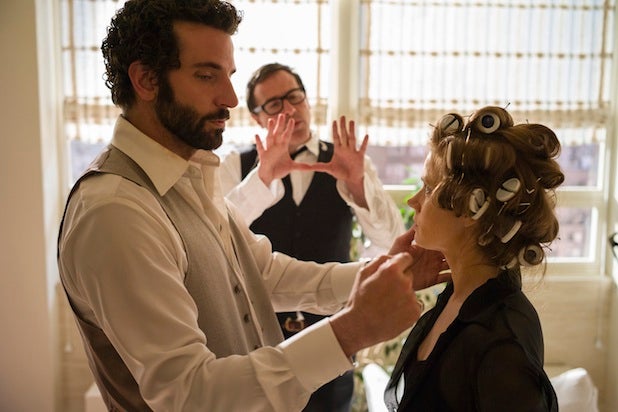 David O. Russell, who on Thursday broke the Oscar record for most acting nominations for three consecutive films from any director, has been named recipient of the Santa Barbara Film Festival’s Outstanding Director Award.

Russell will be the subject of a tribute at the Arlington Theater on Friday, Jan. 31 in the coastal town north of Los Angeles.

Russell’s latest film, “American Hustle,” received 10 Oscar nominations, including Best Picture and Best Director, to tie “Gravity” as the film with the most noms. It was his second movie in a row to land acting nominations in all four Oscar categories, after “Silver Linings Playbook” accomplished the same feat last year. His prior film, “The Fighter,” scored three nominations.

“[Russell’s] deeply personal trilogy, comprised of ‘The Fighter,’ ‘Silver Linings Playbook’ and ‘American Hustle,’ tap deeply at the core of the American dream where anyone should be guaranteed the opportunity of a second chance, of reinvention and triumph,” said SBIFF executive director Roger Durling in a statement. “As a writer and director, he is not afraid to push the envelope in the cinematic world. He has the eye for the picture he wants to present and then does so, with an expertise that is as bold as it is a joy to watch.”