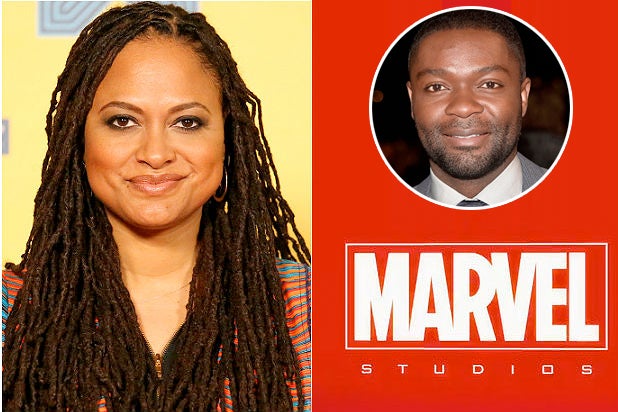 As Ava DuVernay continues talks with Marvel about directing a superhero movie, she is getting a vote of confidence from someone who knows her work well — “Selma” star David Oyelowo.

In a wide-ranging interview with TheWrap while promoting his new HBO film “Nightingale,” Oyelowo said he found the prospect of DuVernay helming a Marvel film exciting.

“The thing about Ava is everything she touches she elevates,” said the actor, who also previously worked with DuVernay on “Middle of Nowhere.”

“She bakes into it who she is,” he added. “So, if Marvel is as smart and as brave to go on that journey with Ava, I’m personally the first in line to see what she does with that.”

As TheWrap exclusively reported, Marvel Studios is courting the director to helm one of its upcoming films, most likely “Black Panther,” which has Chadwick Boseman attached to star, or “Captain Marvel,” the studio’s first female-led solo film.

Oyelowo, who plays a mentally unbalanced army vet in HBO’s latest offering, said he expects something new and different in a Marvel-DuVernay collaboration.

“I think she’s going to take it in directions that are both exciting and provocative, and different to what you’ve seen thus far,” he said. “It’s always going to be a Marvel movie, but she is so singular as a director that I think her, plus that brand is an exciting idea.”

But the actor hesitated at the prospect of donning a superhero costume himself.

“For me personally, I tread with caution around the notion of those kinds of characters,” he said. “Depending on which one of them you’re playing, there’s always a danger you’re going to get so identified with this larger than life character, that it could become tougher for audiences to believe you in other roles.”

He is speaking from personal experience, and harkens back to when he recently played civil rights icon Martin Luther King, Jr. in While he filmed “Nightingale” before the award-winning film, the latter is coming out after he gained notice in the DuVernay project, which was released in December 2014.

“For me it’s such a blessing that ‘Nightingale’ is coming out after ‘Selma,'” he said. “As much of a blessing as it was for me to play Dr. King, I don’t want to be solely recognized as having played him. I want to play lots of different characters so ‘Nightingale’ feels like the diametric opposite of Dr. King. So yes, I don’t know that I’m going to be in a hurry to play a superhero for those reasons.”

“Nightingale” premieres Friday, May 29, on HBO at 9 p.m. Stay tuned for more of Oyelowo’s interview this week on TheWrap.