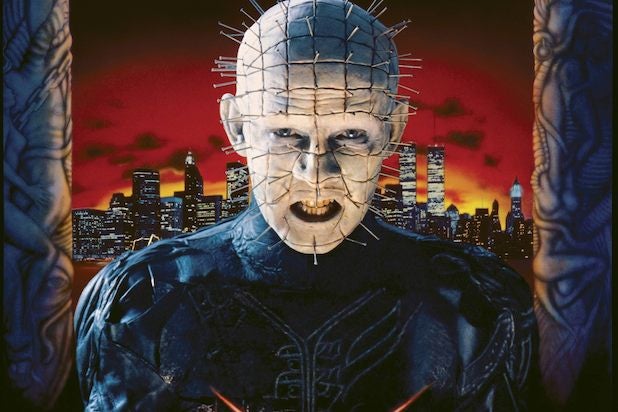 Spyglass Media Group is breathing new life into “Hellraiser” with a reimagining of Clive Barker’s 1987 horror classic featuring the iconic character Pinhead, with David S. Goyer on board to produce and write the story, the company announced on Monday.

Over three decades, the “Hellraiser” franchise became cult favorite status with a universe that has spawned 10 films, graphic novels and merchandise.

This is the first project since Spyglass announced its launch in March. It will finance and develop the film for worldwide theatrical distribution. Keith Levine will serve as a producer alongside Goyer, under the Phantom Four banner. Chris Stone will oversee the project for Spyglass.

Also Read: Does 'Avengers: Endgame' Have a Post-Credits Scene?

“Clive and I go back more than 30 years together. For generations, his brilliantly twisted and imaginative ‘Hellraiser’ haunted the minds of moviegoers with its searing imagery of Pinhead.” He added, “David is the perfect storyteller to continue Clive’s vision for a new theatrical version of ‘Hellraiser.,'” Spyglass chairman/CEO Gary Barber said in a statement

“I’ve been a fan of Clive’s work since the original ‘Books of Blood’ paperbacks and The Hellbound Heart novella. Having the chance to reimagine Pinhead and the Cenobites for a new audience is a nightmare-come-true. Gary is a true fan as well and we’re committed to making something dark and visceral,” Goyer said.

Goyer is repped by WME and John LaViolette.