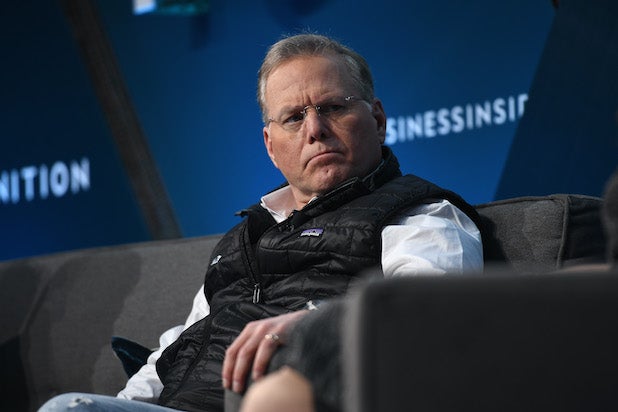 Discovery, Inc. President and CEO David Zaslav is not happy with T-Mobile’s re-bundling of his cable channels for recently rebranded live-TV service, TVision.

“We were very surprised with how T-Mobile decided that they were going to bundle our networks, particularly because we have a clear agreement where our networks are required to be carried on all their basic tiers, OTT offers,” Zaslav said Thursday on a conference call tied to his company’s third-quarter performance. “So, let’s just characterize it this way: We’re in active discussions with them to quickly resolve that issue. We don’t believe they have a right to do what they’re doing right now. And they know– it’s very clear to them and they’re focused on it.”

TheWrap reached out to T-Mobile to request comment on Zaslav’s remarks and the status of those “active discussions.” We have not yet heard back.

TVision is a 2019 rebrand of former service Layer3, which T-Mobile acquired in 2017. TVision subscribers can get 30 (curated) live TV channels for $40 per month, 40 channels for $50 or 50 channels for $60. Additionally, subs can add premium networks, such as Starz, Showtime and Epix, starting at $5.99 per month.

Discovery’s own upcoming pay-TV service for its channel lineup is expected to launch soon. Zaslav told media analysts and reporters on the Thursday conference call that we will get much more information on that during an “early December” event — so check back with us in about a month.

Zaslav’s company is also currently rebranding its DIY Network with HGTV “Fixer Upper” stars Chip and Joanna Gaines. The Magnolia Network, which will be both a cable channel and a standalone streaming option, is set to launch next year.