David Zaslav says that TLC’s hit IP, “90 Day Fiance,” reminds him of another groundbreaking reality franchise he worked on: “The Real Housewives.”

“It reminds me of ‘Housewives’ when I was at NBC with the NBC cable group,” Zaslav Thursday said of “90 Day Fiance” during Discovery, Inc.’s third-quarter 2018 earnings call. “It’s not one show, it’s multiple shows. It runs for most of the year, it continues to grow. It also is working for us globally.”

“On Sunday night, it’s massive numbers, and it has huge social energy around it,” he added. “We think that’s sustainable.”

If the big Nielsen ratings for “90 Day Fiance” and spinoffs “90 Day Fiance: Before the 90 Days” and “90 Day Fiance: Happily Ever After?” truly are sustainable, Discovery’s TLC could pretty much coast all weekend into Sunday night for the foreseeable future.

Zaslav made the comments about his hit TLC franchise on Discovery’s third-quarter 2018 earnings conference call, which draws investors, media-company analysts and the press. Read about Discovery’s Q3 earnings here — they were a mixed bag, but company stock (DISCA) is having a very good morning.

Check out the Wall Street movement below. 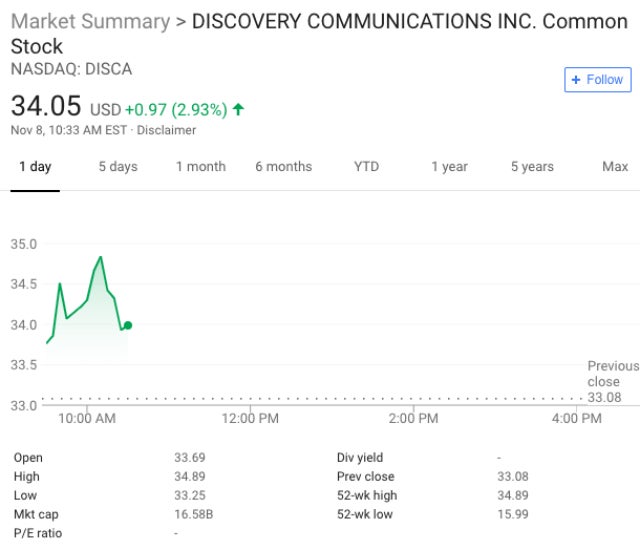