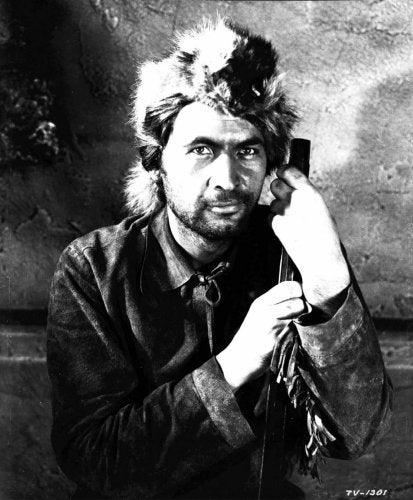 Fess Parker, best known as Disney’s "Davy Crockett," died of complications from old age at his California home, the Los Angeles Times reported. He was 85.

Parker’s role as the charismatic frontiersman in the 1950s television miniseries "Davy Crockett, King of the Wild Frontier" co-starring Buddy Ebsen, catapulted him to stardom and helped initiate a craze among young boys and girls for Crocket’s trademark coonskin cap and rifle.

He would go on to play another frontier legend, Daniel Boone, in the NBC series of the same name which ran from 1970 to 1974.

“Like many kids growing up in the 50’s, Davy Crockett was my first hero, and I had the coonskin cap to prove it,” Disney CEO Bob Iger said in a statement. “Fess Parker’s unforgettable, exciting and admirable performance as this American icon has remained with me all these years, as it has for his millions of fans around the world. Fess is truly a Disney Legend, as is the heroic character he portrayed, and while he will certainly be missed, he will never be forgotten.”

After retiring from acting in the mid-1970s, Parker devoted his time to running the Fess Parker Winery in Los Olivos, California.

Parker almost lost out on his signature role of Crockett to "Gunsmoke" actor James Arness, but impressed studio chief Walt Disney with his singing and acting abilities in a personal meeting. Following the marketing bonanza that greeted the three-part miniseries’ 1956 airing on "Walt Disney Presents," Parker appeared in a number of similar projects at the studio that traded on his rugged good looks and straight arrow persona.

Among the films he made for Disney were "Old Yeller" and "The Great Locomotive Chase," which cast him once again as 19th century men of action.

Born in Fort Worth, TX and raised in San Angelo, Parker served in the United States Navy during WWII and then returned home to Texas to graduate from the University of Texas-Austin in 1950.

Parker is survived by his wife  Marcella, with whom he celebrate a 50th wedding anniversary in January. He is also survived by their son Eli and daughter Ashley, as well as 11 grandchildren and one great-grandchild.