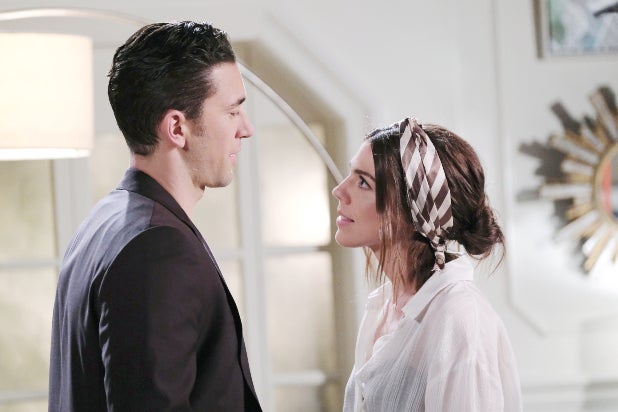 Long-running soap opera “Days of Our Lives” is launching a new digital offshoot scripted series that will debut on Thursday on The DOOL app.

“Days of Our Lives: The Digital Series” will star Billy Flynn and Kate Mansi as Chad and Abigail from the broadcast series. A popular couple on the show, they left the fictional town of Salem — where the series is set — to reconnect in Paris and have been off the broadcast show for several months.

The eight-episode digital series will follow the two and see what they’ve been up to in Paris before their return to Salem on the broadcast show this fall. Austin Peck’s Austin Reed will appear on the show as well, along with a new character, Juliet (Rachele Schank).

“This new scripted digital series was created to complement storylines while enhancing the viewers experience as they watch the broadcast show,” Greg Meng, co-executive producer of “Days of our Lives,” said. “The DOOL App serves as our platform for delivering this and other original content to fans who want an interactive and multimedia experience as well as a way to stay connected to the show. ‘Days’ has been a leader when it comes to innovation, going as far back as 1965 when we were the first to broadcast in color.”

Set in the fictitious Midwestern town of Salem, “Days of Our Lives” — which turns 54 this November — airs nationally on NBC in the United States and in more than 25 countries internationally. The core families are the Bradys, Hortons and DiMeras. “Days of our Lives” is produced by Corday Productions, Inc. in association with Sony Pictures Television.