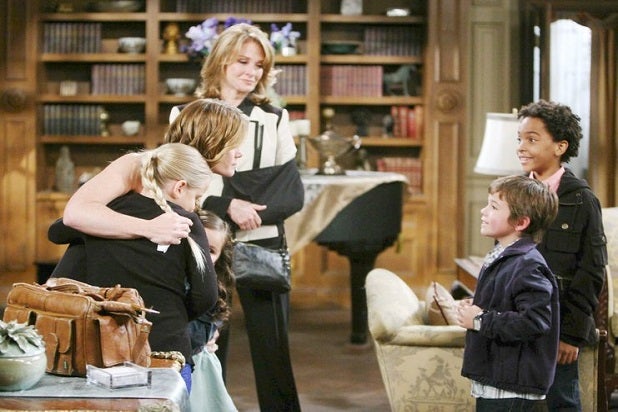 There’s going to be a whole lot of Salem at the Hollywood Christmas Parade this year.

Also read: 'Days of our Lives' Newcomer Billy Flynn on the New Chad DiMera: He's 'Going to Piss Off a Lot of People' (Exclusive)

NBC soap “Days of our Lives” will be honored at this year’s festivities, which take place on Nov. 30.

The long-running daytime series is being honored as it enters its 50th year.

See video: Alison Sweeney Says Goodbye to 'Days of our Lives' After More Than 20 Years: Watch Her Farewell

Parade hosts Laura McKenzie and Erik Estrada will then present the cast members with a special honor commemorating the successes of the show.

“What better way to start the countdown to ‘Days of our Lives” 50th anniversary on NBC than to be part of the iconic Hollywood Christmas Parade? We look forward to celebrating this holiday season with viewers across the country,” series co-executive producer Greg Meng said of the honor.

The parade will air on KTLA in Los Angeles, as well as the Hallmark Channel and Hallmark Movies and Mysteries.