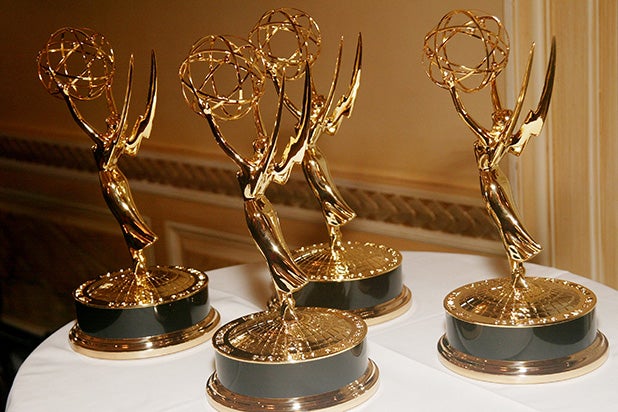 CBS’ “The Talk” pulled off an upset, beating frequent winner “Ellen” for Outstanding Talk Show/Entertainment. Ellen DeGeneres’ talk show has won six of the last 10 years, including last year. And the co-hosts of “The Real” surprised as Outstanding Hosts in the category.

Mario Lopez and Sheryl Underwood hosted the ceremony at the Pasadena Civic Auditorium.

Here’s the complete list of winners, updated through the evening.

Outstanding Drama Series:
The Bold and the Beautiful, CBS
Days of Our Lives, NBC – *WINNER
General Hospital, ABC
The Young and the Restless, CBS

Outstanding Talk Show/Entertainment:
The Ellen DeGeneres Show
Live with Kelly and Ryan
The Real
The Talk – *WINNER
The View

Outstanding Game Show:
Family Feud
Jeopardy!
Let’s Make a Deal
The Price Is Right – *WINNER
Who Wants To Be A Millionaire

Outstanding Younger Actor in a Drama Series:
Lucas Adams, as Tripp Dalton, Days of Our Lives
Rome Flynn, as Zende Forrester, The Bold and the Beautiful – *WINNER
Tristan Lake Leabu, as Reed Hellstrom, The Young and the Restless
Casey Moss, as JJ Deveraux, Days of Our Lives
Hudson West, as Jake Webber, General Hospital

Outstanding Directing Team, Drama Series:
The Bold and the Beautiful
Days of Our Lives – *WINNER
General Hospital
The Young and the Restless

Outstanding Writing Team, Drama Series:
The Bold and the Beautiful
Days of Our Lives – *WINNER
General Hospital
The Young and the Restless

Also Read: Lena Waithe Gets Real With LGBT Community in GLAAD Award Speech: 'We Can Be a Little Segregated' (Video)