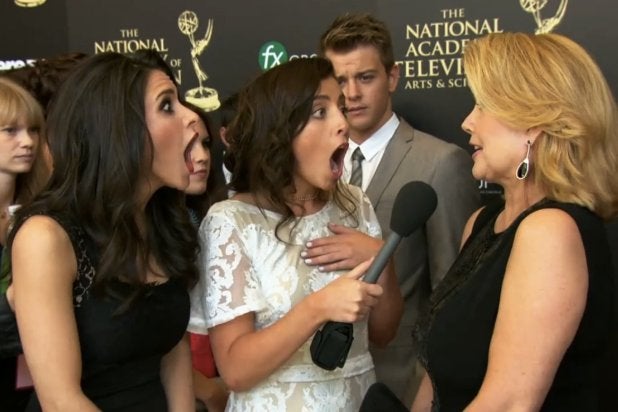 The National Academy of Television Arts & Sciences apparently knew what they were getting into when they hired four social media hosts for their red carpet coverage of Sunday’s Daytime Emmy Awards. The initial job posting for the hosting position, obtained by TheWrap, was worded in such a way that people who knew nothing about daytime television were still qualified to host.

See video: Daytime Emmys Red Carpet Host Admits in Backstage Video: ‘I Don’t Know Who Any of These People Are’

The position paid $1,000 per day, for 12 hours of work. Seeking Millennials (ages 18-35), there was only one job requirement: “Must have strong entertainment news background and/or VERY [emphasis theirs] strong social media following (300,000 followers minimum).”

It seems that NATAS thought that people with a major social following would bring more viewers to the online stream of the show. If that did happen, they might be regretting their decisions even more. Everyone from fans to the media and the stars themselves came out against the hosts immediately, calling the two-hour red carpet show a disaster.

The hosts were slammed for not knowing anything about the nominees, despite NATAS announcing Brittany Furlan, Lauren Elizabeth, Jessica Harlow, and Meghan Rosette as social media hosts on June 18. Nominees were initially announced May 1, so there was time to learn before Sunday’s livestream of the event.

Brittany Furlan uploaded a behind-the-scenes video on Monday where she admitted that she didn’t know who anyone was before, during, and after the Red Carpet show. At one point, she said that producers had promised to help the social media hosts out during the broadcast by telling them who everyone was before they interview them, but this clearly didn’t work out as planned.

With four host slots available, it’s inexplicable why the National Academy of Television Arts & Sciences didn’t go with two candidates from each side of their “and/or.” Hiring four people with no hosting experience, and no apparent knowledge of daytime television or its stars could only lead to one inevitable outcome, and it was witnessed Sunday.

What happened to that “strong entertainment news background” requirement? Having just one host with this background would have added credibility to the proceedings, and given the flummoxed stars someone they could be more comfortable talking to.

See an official job posting for the gig below: