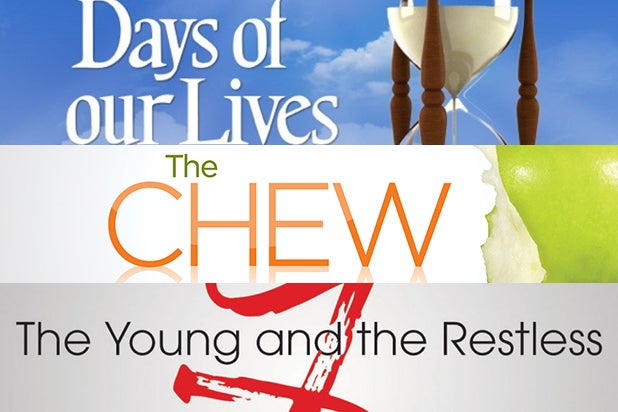 ABC is getting a nice ratings boost for two of its daytime shows this season — even catching up to CBS in the key women 25-54 demographic. The former network is up 8 percent in that demo, the latter is flat compared to last year — both are currently averaging a 1.4 rating season-to-date.

NBC is also up 8 percent, but still trails its competitors by a tenth of a ratings point. The most recent numbers were released on Thursday; daytime TV’s season is considered year-round.

Percentage-wise, “The Chew” has seen the largest increase year-over-year, with a 33 percent jump. The talk show’s three-tenths of a ratings point boost — from a 0.9 to a 1.2 —  is matched by the ABC show that follows it, “General Hospital,” with a 1.9 rating vs. a 1.6. The soap boasts a 19 percent gain.

“The View” is flat year-to-year with a 1.2 rating average.

Most daytime shows across the other two broadcast nets are also flat.

The only show to tick down is CBS’ “Young and the Restless,” which dipped 5 percent to a 2.1.