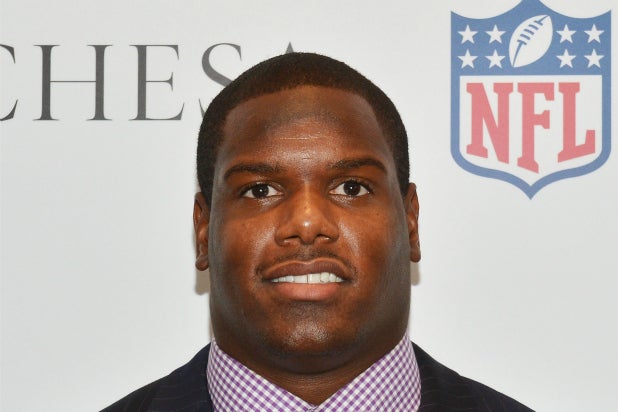 The three-time Pro Bowl tackle wrote a first-person essay for Sports Illustrated, criticizing the NFL and his own team doctors for their “apparent denial of Dr. Bennet Omalu’s discovery of the link between brain injury, chronic traumatic encephalopathy (CTE) and professional football players.”

“Perhaps I was a little naïve in my understanding of how the brain is affected by hits to the head. As I understood it, concussions dealt with big collisions, typically occurring at the skill positions,” Ferguson wrote. “After learning all of this, I feel a bit betrayed by the people or committees put in place by the league who did not have my best interests at heart.”

“Concussion,” which hit theaters Christmas Day, is based on the Jeanne Marie Laskas book of the same name.

In his reaction post, Ferguson continued: “Dr. Elliot Pellman was one of the team doctors when I was a rookie in 2006, and to learn that he was a part of the group that tried to discredit the scope and impact of brain injuries among players within the league is disheartening.”

Naturally, the pro athlete is now a bit nervous about what his future holds.

“Since seeing ‘Concussion,’ I can’t avoid wondering if I am in danger of experiencing some degree of brain injury when I am done playing,” the lineman wrote. “I fear the unavoidable truth is that playing football has placed me in harm’s way, and I am not yet sure of the full extent of what it might cost me.”

That said, Ferguson admits he would still do it all again, but with one reservation for the next generation: “I do have doubts in whether that is something that I would want to let my child pursue.”