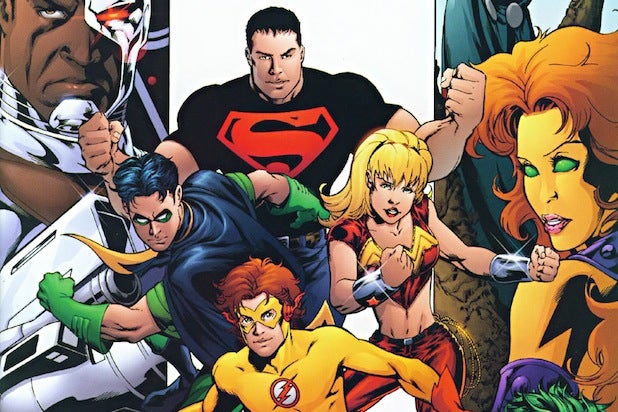 TNT is strongly considering a pilot order for a project based on DC Comics’ “Teen Titans,” individuals with knowledge of situation told TheWrap.

The proposed one-hour drama follows Dick Grayson aka Nightwing, who leads superhero team, Titans, which includes Starfire, Raven and many others.

From executive producers and writers Akiva Goldsman (“I Am Legend,” “A Beautiful Mind”) and Marc Haimes (“Transformers,” “Collateral”), the pilot would be produced by Warner Horizon Television, a division of Warner Bros. Television.

The super crew first appeared in DC Comics in 1964 as younger versions of fan favorite stars and enjoyed several boosts in popularity over the years.

WBTV has been finding success in placing its comics-related series at networks, which have included The CW’s “Arrow” and “The Flash,” Fox’s “Gotham” and NBC’s “Constantine.”