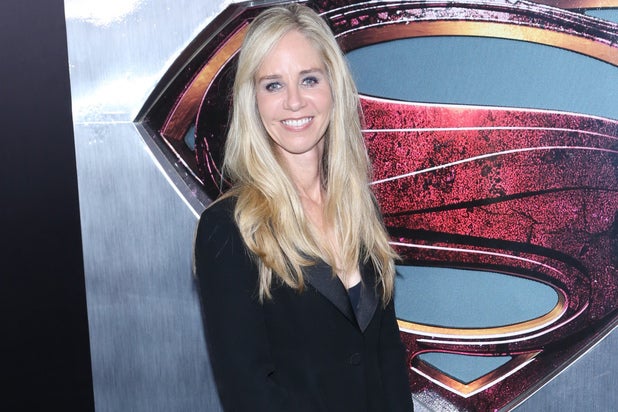 DC Entertainment President Diane Nelson, who has been on leave since March, is not returning to Warner Bros., CEO Kevin Tsujihara announced Wednesday.

Nelson is not returning to the consumer products group since taking leave to focus on family-related issues.

Nelson is leaving the studio after 22 years.

Also Read: In the Wake of 'Wonder Woman,' DC Revises Its Universe

“Diane has been a friend and colleague as well as a valued member of the Warner Bros. family for more than 20 years,” said Tsujihara in a company-wide memo. “Throughout her tenure, her leadership and contributions have helped shape the way the studio operates today, and we’re better for having had her on our team. While we’re sad she’ll be leaving us, we completely respect and support her decision. Whatever her next chapter holds, I know she’ll make it amazing.”

“Warner Bros. has been my home for over 20 years with a wide variety of incredible professional experiences,” added Nelson. “The last nine — rebuilding and managing DC Entertainment — have been a particular highlight and privilege. With the support and talents of our staff and creators, I am proud to leave DC even stronger than when I joined it. I will miss everyone –particularly my executive management team — without whom none of our achievements could have been realized. And I am excited to take on my next professional adventure.”

As previously announced, the DC Executive Management team will continue to report to Thomas Gewecke, Chief Digital Officer and Executive Vice President, Strategy and Business Development in the interim. Pam Lifford, President, Warner Bros. Consumer Products, will now report directly to Tsujihara. Nelson was named President of DCE in 2009 and led the division to partner with Studio colleagues on the development of television projects, feature films, blockbuster video games, as well as a host of other initiatives. She successfully expanded the comic book publisher’s focus to fully realize the power and value of DCE’s rich portfolio of stories and characters, including such cultural icons as Batman, Superman and Wonder Woman, across all media and platforms, while strategically integrating the DC, Vertigo and MAD brands deeply across Warner Bros. Entertainment and all its content and distribution businesses.