After fighting alongside the heroes of “Arrow” and “The Flash,” Hawkman and Hawkgirl are seen lining up with their own team on a new poster for The CW’s midseason drama “DC’s Legends of Tomorrow.”

The show gathering together heroes and villains of the “Arrow” and “The Flash” universes was recently given a Thursday, January 21 premiere date.

Casper Crump plays the series’ big bad, Vandal Savage, who was also introduced during the crossover. 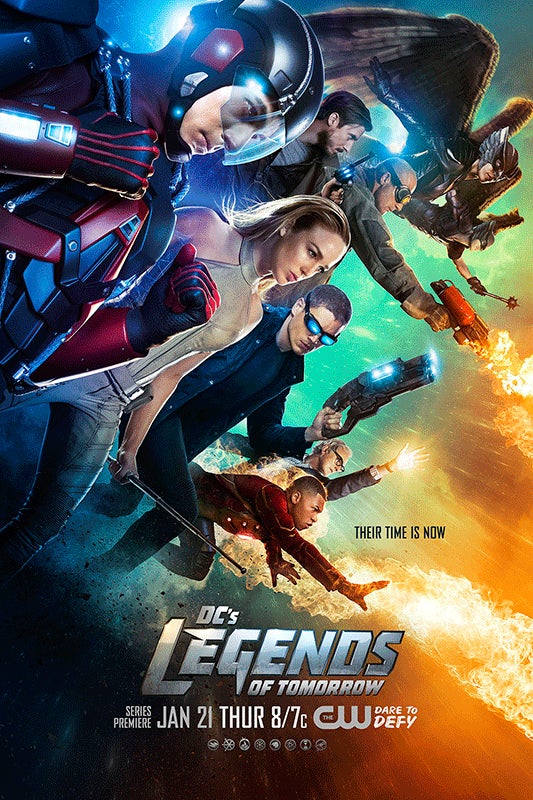