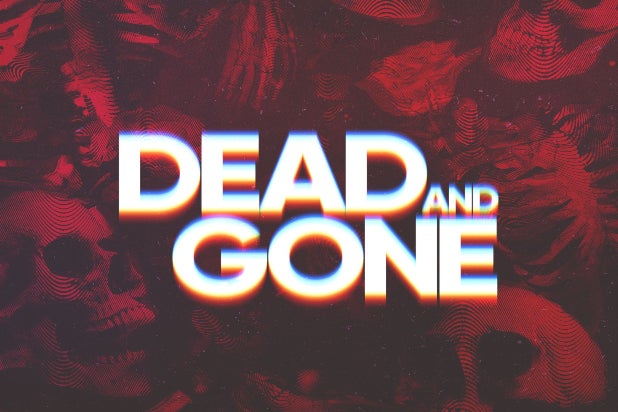 A new podcast from filmmaker Payne Lindsay and podcast company Tenderfoot TV called “Dead and Gone” will debut Oct. 15 and investigate fans of iconic jam band the Grateful Dead who have gone missing or been found murdered over the decades.

The show will be hosted by Jake Brennan, who also hosts the podcast “Disgraceland” about the seedy intersection of pop music and crime. Lindsay handles much of the podcast’s behind-the-scenes work including research and is co-founder of Tenderfoot TV.

One such case that the podcast will investigate is the double murder of Mary Regina Gioia and Gregory Allen Kniffin, two Grateful Dead-obsessed Berkeley residents ages 22 and 18, who were found beaten to death in the San Francisco Bay Area in 1986. A Black man named Ralph International Thomas was sentenced to death for the murders, but the podcast promises to look into a “lack of evidence and conflicting witness testimonies” that could prove Thomas was innocent.

Brennan and Lindsey said the podcast was inspired by a “mysterious tip from a fellow Dead Head” that encouraged them to look into Thomas’ case again.

Other true crime cases “Dead and Gone” will revisit include the death of a Dead fan who was unidentified for two decades after a car accident, and other devout fans of Jerry Garcia and his band that went disappeared and continue to be missing.

“I knew we would encounter surprises throughout this investigation because of the strange coincidences, mysterious circumstances and rock and roll at the center of it all… but I never predicted to come across such a tragic case with so many unanswered questions,” Lindsey said in a statement Thursday. “Many of these cases have not been thoroughly examined until now, and our goal is to uncover the truth about what really happened that night so justice is served.”

The podcast will be distributed on all major podcast platforms in partnership with Cadence13, which has previously produced popular true crime podcasts with Tenderfoot TV including show “Up and Vanished,” uncovered new evidence in a cold case in Georgia that lead to new arrests after over a decade and counts over 300 million downloads since its 2017 launch.

Listen to a preview of “Dead and Gone” here.