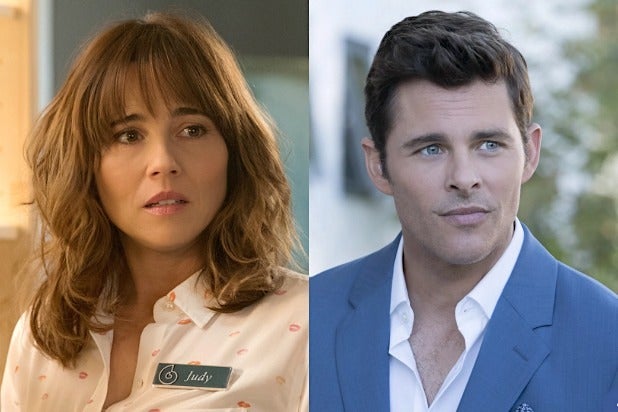 (Warning: the following contains minor spoilers about Netflix’s “Dead to Me.”)

In Netflix’s dark comedy “Dead to Me,” the superstitious Judy asks her ex-fiancé Steve if their recent bad luck was caused by his having stolen a cursed rock on a trip to the Petrified Forest in Arizona. That single mention of the curse led dozens to call the national park, scared for their lives, according to the forest’s museum curator Matt Smith, a phenomenon he calls the “Dead to Me” effect.

“Because Netflix has such a wide reach and it’s such a great drama, we’ve had way more people returning [rocks],” Smith said of the series, which premiered May 3.

The Petrified Forest is marked with multi-colored fossilized wood and rocks from what is thought to be an ancient volcanic eruption, according to the National Parks Service. Before Judy (Linda Cardellini) and Steve (James Marsden) split, they vacationed in Sedona, Arizona, and hiked through the forest, about a two-hour drive away.

While both Steve and Judy are stripping a car for very spoiler-filled reasons, she remembers a radio show segment that mentioned if you took something from the forest, it can leave you cursed with bad luck. Steve later confesses to taking a rock and asked Judy why she didn’t take one, too.

But the curse, and the shocking ending to the first season, is less about the rock and more about the people involved, Smith said.

“Steve isn’t cursed by some spooky magic,” Smith, who works in the forest regularly, said. “Maybe the problem isn’t a curse; maybe it’s a lack of impulse control.”

The legend of the curse became surfaced in the 1930s, Smith said, when the first letter came to the park from a tourist saying their life was ruined after stealing from the forest. The news of the letter became so popular that more people began taking souvenirs to see if you’d feel the wrath of the curse.

By the internet age, a book with an accompanying website called Bad Luck, Hot Rocks tracked incoming letters (often dubbed “Conscious Letters”) with photos of rocks that the senders said brought them bad luck. “Here are your rocks, nothing but bad trouble,” reads one letter on the site, dated November 1980.

Today, taking something from the park would be illegal and come with a hefty fine. If you’re still on the fence on whether the forest has a supernatural power, Smith has one last piece of evidence to push you towards the side of non-believers:

He and his wife Sarah Herve, the acting chief of interpretation of the park, have been married happily for 10 years, even though he has been working with the so-called curse day in and day out.

“It’s been nothing but upward trajectory for both us,” he said. “Knock on wood.”