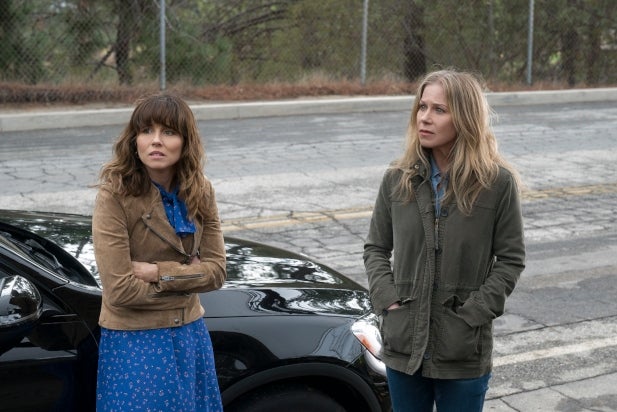 “Dead to Me” has been renewed for a second season by Netflix, series creator Liz Feldman announced during a For Your Consideration Emmy panel Monday.

Applegate and Cardellini will return in their respective roles for the 10-episode Season 2, which is set to hit the streaming service in 2020.

Feldman will continue to serve as showrunner and executive producer on the series about a “dynamic female friendship that dives into the painfully unfiltered, weirdly funny waters of grief, loss and forgiveness.”

“Life can be pretty relentless, even when you have a good life,” Feldman told TheWrap during an interview about how she came up with the idea for the series. “What if I wrote a show about grief, and about loss, and about not getting what you want, and things aren’t happening on the timeline you thought they would?” she recalled wondering.

“Dead to Me” hails from CBS Television Studios.