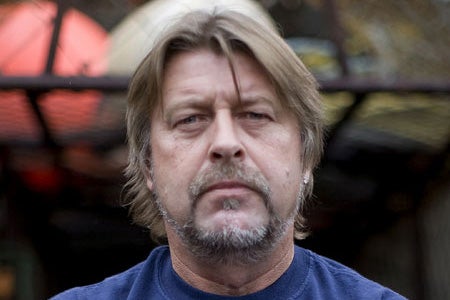 Phil Harris, captain and star of the “Deadliest Catch” who died last week following a stroke while filming the sixth season of the Discovery show, told producers to keep the cameras rolling while he was in the hospital.

Harris was hospitalized in late January. He died February 9.

Beers said that when Harris briefly emerged from a medically induced coma – on February 2 – he told the producers to continue filming.

“When he came out, he was trying to talk,” Beers said. “He couldn’t, but he was motioning with his hand to my producer and camera man. We said we want to give you your space and get out, and he wrote on a piece of paper. It said, ‘No, we need a great finish to this story.’”

According to Beers, Harris told the doctors: “Don’t f— up.”

Discovery filmed and aired another one of Harris’ hospital visits, in 2008, after he was found to have a blood clot.

It will be up to Harris’ family how much – if any – of the footage gets aired. The sixth season is scheduled to premiere in April.

Discovery is planning to air 15-hour marathon of “Deadliest Catch” as a tribute to Harris on February 20.