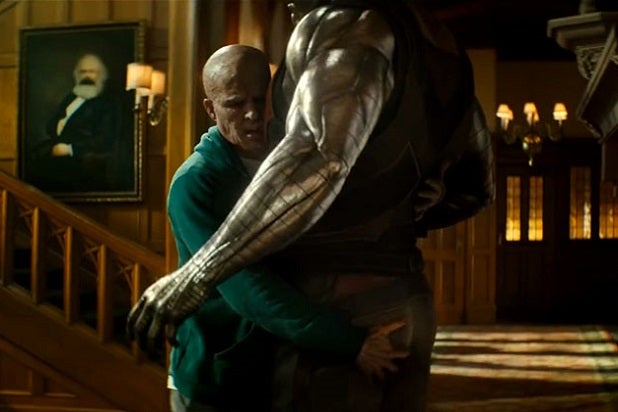 (Note: This post contains some light spoilers for “Deadpool 2.”)

“Deadpool 2” definitely knows its audience. That’s why it rattles off jokes about the Marvel Cinematic Universe and the DC movie universe with abandon — it knows the folks who like superhero movies will be able to follow along. But one of the weirder pop culture jokes in the movie is the one about two more unlikely references: Barbra Streisand’s “Yentl,” and Disney’s “Frozen.”

The use of “Yentl” is funny on its own, but it goes a lot further as it becomes a running gag. The movie pops up again later, after Wade goes through some tough emotional moments. As he wallows in sadness, wishing he was dead, he also ponders some of the mysteries of the universe — specifically, whether he’s the only one who thinks the song “Papa, Can You Hear Me?” from “Yentl” sounds like “Do You Want to Build a Snowman” from the 2013 animated movie “Frozen.” He makes the observation a couple of times, always when the emotional chips are down.

You can compare the two songs below for yourself.

Unlike “Yentl,” “Deadpool 2” doesn’t include a direct reference to “Frozen” on-screen, so one might wonder why Wade might be thinking about a children’s movie (apart from the fact that knowing everything about pop culture could be considered one of his superpowers).

The answer is that “Frozen” isn’t on Wade’s mind, but on Reynolds’. As USA Today reports, Reynolds and wife and actress Blake Lively have two young daughters, James and Ines. It’s become something of a truism in America that all small children are obsessed with “Frozen,” and it seems that’s true for Reynolds’ kids, too.

The “Yentl” joke is just a long road to give Reynolds a chance to make a dadly observation about the two songs — and maybe kick off a copyright battle between Streisand and Disney.