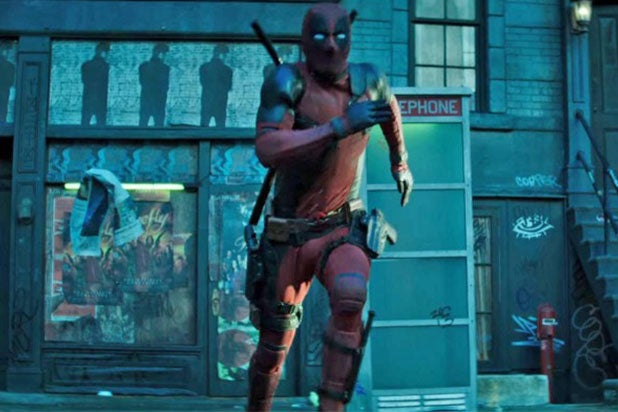 (Spoiler alert: Do not read on if you haven’t seen “Deadpool 2.”)

“Deadpool 2” opens with a bang, and director David Leitch talked to TheWrap about one specific fight scene at the beginning of the film that took a lot of time and effort.

We’re talking, of course, about Deadpool fighting his way through a warehouse to get to one specific villain — a scene that appears to be a continuous shot.

“There’s that montage in the beginning where we are catching up to what Deadpool’s been doing — his business as a contract killer has been growing and his own form of justice [has also] and I did want to have several styles in that montage that sort of culminate with one that was special and allowed for his voiceover to breathe, so it felt slightly off and surreal,” Leitch said. “It was a motion-control shot, so the camera is on a track, we do one pass with the foreground character where we filmed him at high speed, then we did another pass with all the action in the background and then we merged them together.”

He added, “It was actually a difficult shot that took us an entire day and the stunt team a couple days to choreograph. The timing has to be right, the foreground character is working in a different time zone as the background commotion.”

In fact, this particular scene is reminiscent of a scene Leitch directed in “Atomic Blonde.” The stairwell action sequence in the film was called one “of the best action sequences of the year,” in which Charlize Theron fights with multiple men in a stairwell of a building in a bloody, violent and cringe-worthy action sequence. It appeared to be a single take. And it was, for the most part, with a couple of hidden cuts here and there.