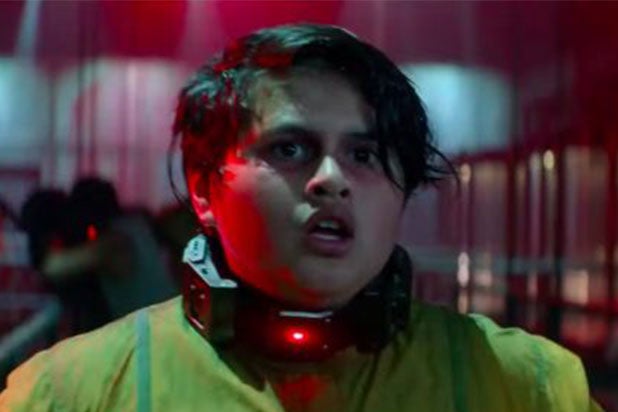 “Deadpool 2” star Julian Dennison has joined the cast of Legendary’s “Godzilla vs. Kong,” an individual with knowledge of the project told TheWrap.

It’s unknown what character he will play in the upcoming monster movie, but he is joining a cast that includes Ziyi Zhang and Van Marten. Adam Wingard is directing.

The film is part of the Legendary and Warner Bros. cinematic universe and will be released on May 22, 2020. “Godzilla” brought in $529 million globally when it was released in 2014. “Kong: Skull Island” was released March 10, 2017, and grossed over $565 million worldwide.

A sequel to Godzilla, titled “Godzilla: King of the Monsters,” with Kyle Chandler, Vera Farmiga and Millie Bobby Brown, will also be released next year.

Screenwriter Terry Rossio, best known for writing “Pirates of the Caribbean” films, is writing the “Godzilla vs. Kong” screenplay. In March, Legendary set a writers room to work on the script for “Godzilla vs. Kong,” with Rossio as its head. Other writers include Patrick McKay and J.D. Payne (“Star Trek Beyond”), Lindsey Beer, Cat Vasko, “Maze Runner” movies writer T.S. Nowlin, Jack Paglen (“Transcendence”) and “Babylon 5” creator J. Michael Straczynski.

Dennison, who played Firefirst in the “Deadpool” sequel, also appeared in Taika Waititi’s “Hunt for the Wilderpeople” and 2014’s “Paper Planes.”

The news was first reported by “That Hashtag Show.”