“Dear Evan Hansen,” Universal’s musical based on the Tony-winning stage play, brought in $800,000 in the film’s Thursday night previews from 2,700 screens beginning at 7:00 p.m. It opens on over 3,364 screens this weekend.

“Dear Evan Hansen” is projected for an opening between $9-12 million. It opens in a quiet week for new releases at the box office, with the studio saying the film is tracking well across all demos, particularly with women 17-34. The film’s trailer has even racked up over 21 million views on YouTube since it debuted in May.

But the movie has been hounded by negative buzz, both because of its disappointing reviews (it currently has a 36% score on Rotten Tomatoes) and questions about whether its star, 27-year-old Ben Platt, is too old to have reprised his role as a high schooler. The film has also received some criticism for its themes of teenage suicide and anxiety. As TheWrap reported earlier this week, Universal was aiming to head off the harsh reviews and find ways to respond to the backlash. 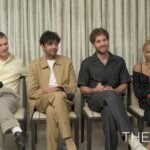 Stephen Chbosky (“The Perks of Being a Wallflower,” “Wonder,” “Beauty and the Beast”) directs “Dear Evan Hansen,” which is the story of a socially awkward high school teen (Platt) who finds himself caught in a white lie that spirals out of control when he pretends he was best friends with another student who recently committed suicide. 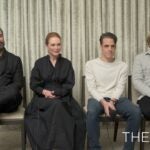 Also Read:
‘Dear Evan Hansen': Musical Numbers Were the ‘Most Dangerous Thing’ to Shoot During the Pandemic (Video)
x