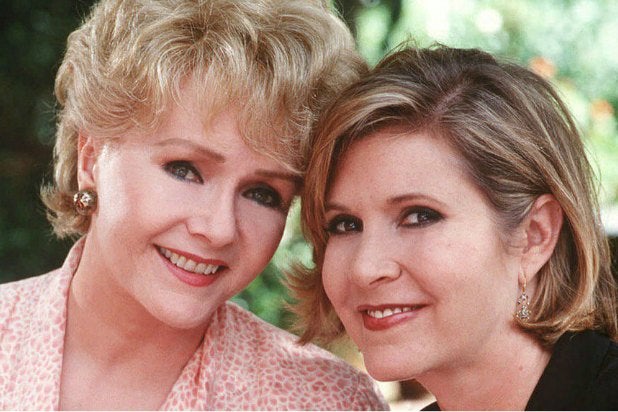 The estates of Carrie Fisher and Debbie Reynolds are set to go up for auction in September with over 1,500 items up for grabs.

The multi-day auction will feature over 1,500 lots with personal objects from the two actresses’ estates. This includes a number of famous and iconic items, such as a life-size Princess Leia statue in a phone booth, Reynolds’ dress from “Singin’ in the Rain,” which she wore on screen, Fisher’s personalized director’s chair from “Return of the Jedi,” and more.

The property at 1700 Coldwater Canyon in Beverly Hills, where Fisher and Reynolds famously lived next to each other, will also be hitting the market.

Also Read: Debbie Reynolds' Greatest Roles, From 'Singin' in the Rain' to 'Will & Grace' (Photos)

“My mother and sister were magnificent collectors, they amassed an amazing and diverse collection in their lifetimes. The size and scope of their collection rivals most museums,” Todd Fisher, Carrie’s brother and Debbie’s son, said. “So in keeping with my mother’s wishes we have decided to share part of their magnificent collection with all their friends and fans.”

“It is truly a great privilege for us at Profiles in History to be holding this auction – Debbie and Carrie were both dear friends for many years,” said Joe Maddalena, CEO of Profiles in History, in a statement. “I hope fans from around the world have an opportunity to acquire a memento from their remarkable lives and careers. They are both missed.”

The auction will take place in Profiles in History’s Calabasas location and online at the organization’s website. Proceeds will go to Reynolds’ charity The Thalians and the Jedi Foundation, which was chosen by Fisher’s daughter Billie Lourd.

Here’s a partial list of other items that are going up for auction: